The Health Benefits of Salmon

Burger Bun Alternatives For A Healthy Burger This Summer

Oysters and their scallop, mussel, and clam relatives are some of the Earth’s oldest known forms of life. Fossils that date back 500 million years show that these bivalves haven’t changed much over time.

Evidence also reveals the long history behind oysters as a popular source of food. For humans, fossilized oyster shells show clear signs that this saltwater species was once an integral part of the coastal civilian diet.

While oysters are still considered a popular food source today, the methods used to cook them have drastically changed over time. Because ancient human civilizations didn’t have the tools to crack open an oyster shell, they would cook them over a fire until the oysters opened up.

Today, a paring knife is used to shuck the oysters which are later baked, grilled, pan fried, roasted, braised, or eaten raw.

How oysters became a delicacy

During the Greek and Roman Empires, oysters were known to be a delicacy among the wealthy class. Not only were they consumed by the elites, but their shells were also used to cast ballots during the voting process. Even the Greek Goddess Aphrodite was said to have been born
under the sea in the form of an oyster.

With the rise of the Roman Empire, over-harvesting led to a shortage of oysters. Cultivation efforts were made to transport oysters from Roman Empire territories in order to continue harvesting this sought out species. When a surge in oyster production took place during the 18th and 19th centuries in Europe and the U.S., harvesting costs decreased which allowed oysters to become a popular treat for all economic classes.

Today, top-dollar oyster dishes can be found in several Michelin-Starred restaurants across the world. However, you can typically find a platter of oysters for around $20 at any given seafood restaurant in the U.S., including right here at Sundogs!

Eastern Oysters from the Chesapeake Bay

Here on the Atlantic coast, the Chesapeake Bay provides the ideal ecosystem for Eastern oysters. Although a decrease in oyster population has taken place from 1999-2020, a total of 400 million market-sized oysters still occupy the great body of water. Outer Banks visitors looking to
harvest oysters for recreational use may collect up to 12 bushels per person, per day during peak oyster season which spans from early October through the end of March.

On the east coast, it doesn’t matter whether you’re slurping them down raw on the half shell, or enjoying them baked, grilled, roasted or braised, as long as you’re enjoying Chesapeake oysters, you’re doing something right!

Sundogs take on oysters – Eat them every way!

Here at Sundogs, we offer oysters cooked every way imaginable. Take a look at some of our most popular oyster appetizers and entrees from our menu!

● Grilled Oysters
Start off your mid-day meal with our charcoal-grilled oysters. Topped with garlic butter, this appetizer is sure to set the mood right for your next entrée.

● On the Half Shell – Fresh Oysters
If you prefer the more customary approach to eating oysters, this appetizer includes half a dozen hand-selected and freshly-shucked oysters served fresh on ice with a side of cocktail sauce.

● Baked Stuffed Oysters
To really curb your seafood cravings, order a plate of either two or three of our baked oysters stuffed with our famous jumbo crab meat.

● Seafood Platter
If you’re looking for a little more variety in your entrée, we suggest our Seafood Platter  complete with our famous crab cakes, shrimp, scallops, flounder filet and of course stuffed oysters dripped in a lemon butter sauce.

Did we get your mouth watering for some fresh oysters? Curb your cravings and come visit us for dine in or place your carryout order today! 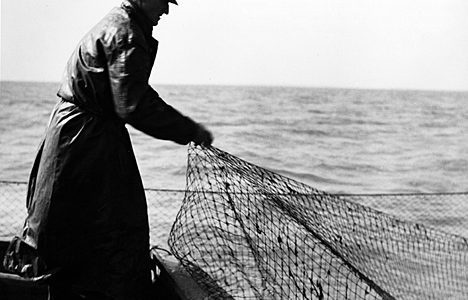